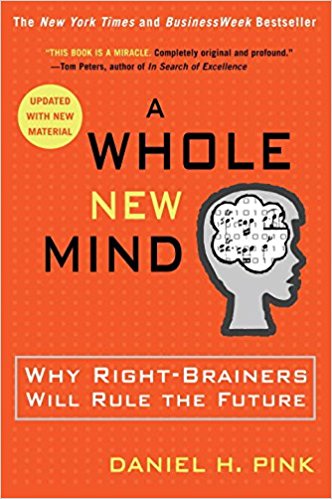 I was so fired up after reading Dan Pink’s book, A Whole New Mind, in 2010, that the day after I finished it I made an appointment to tell the headmaster of my son’s school about it. I loved the way it described not just the potential but the NEED for creative people like Max in the world. I thought that the headmaster would be just as excited as I was for ways to encourage the “right-brained” kids that their skillset was just as important as the more “left-brained” guys who excelled at math and science.

Alas, his response was, essentially, “Meh.” As the head a of an old private school for boys (in Johannesburg, South Africa) based on a British model, he was an educational traditionalist. He might have found the concepts interesting, but they didn’t light him up the way I’d hoped they would.

That’s why I’m telling you about it – so that you can encourage your creative teens that the world is their oyster. As Dan says, “The future belongs to a different kind of person with a different kind of mind: artists, inventors, storytellers – creative and holistic “right-brain” thinkers whose abilities mark the fault line between who gets ahead and who doesn’t.”

Here’s an introduction to the six “fundamentally human abilities” – in other words, qualities that can’t be automated – that are absolute essentials for professional success in the post-information age and also for personal fulfillment. It’s drawn directly from A Whole New Mind.

(Note: I get no perks from promoting this or even if you buy the book. I’m pretty sure Dan doesn’t even know who I am, although I’ve been following him and using these ideas in my coaching for years.)

Do you have a creative teen who wonders whether their skills are valuable? Do you wonder? Does this help? 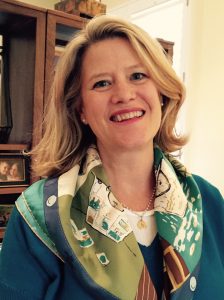