A Fun Way to Help Your Kids Understand Their Inner Strengths 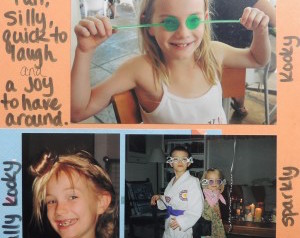 When my kids were in their ‘tweens,’ something alarming and tragic started happening: they started being less of who they really were.

My wild and kooky daughter became self-conscious and subdued. My silly and tender-hearted son started wondering whether he should be more like some of the other guys – the ones who were maturing faster and were a bit taller, beefier, “cooler.”

It broke my heart because I thought they were awesome just the way they were – and wanted them to think so too.

Mother’s Day was approaching and I had the idea to make them little photo albums that celebrated their positive inner qualities – the ones they were born with and would be a positive part of their character all their lives.The albums would be my gift to these two lovely people who made me a mother. In the future, maybe when Max or Sarah were feeling disconnected from themselves like teens and adults sometimes do, they’d be able to look at the albums and think, “Oh yeah, that’s who I really am inside. Cool.”

I sorted through photos that I had previously stored chronologically and looked for examples of each child’s character traits. Both kids could be silly and curious. Max was also a daredevil and incredibly creative; Sarah loved learning new things and had an uncommon degree of persistence. He always had an action story going on inside his head. She loved to read and learn new things. And so on.

I made cover pages that had photos of each child at different ages and a subhead: “There has never been, and there never will be, anyone else just like you!” (I might fix that grammar a bit if I were to do this again…) 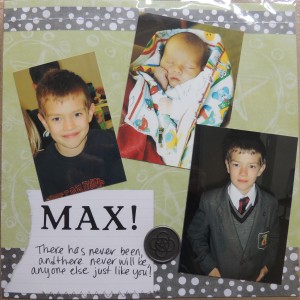 Then I made pages like the ones here, putting their qualities in bold and adding captions to help tell the story. 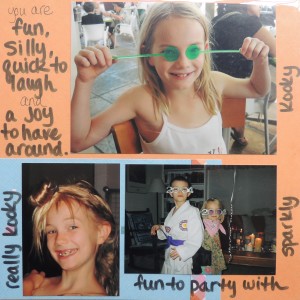 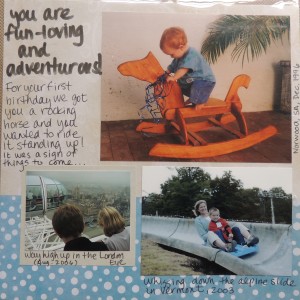 I wanted the albums to convey more than a mother’s-rosy-glassed point of view of her kids. (It’s sadly easy for kids todismiss their mom’s praise as being out of touch with reality.) The photos helped prove the points I wanted to make, but I also had the kids themselves, plus the other members of the family, help tell the story. 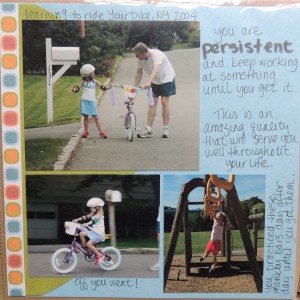 For their own albums, each child wrote a paragraph describing what they thought they were good at and what they were really enjoying at that time of their lives. Their dad and I wrote messages saying what we admired and enjoyed about them. The kids wrote about what they liked about each other. 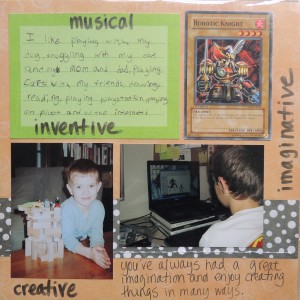 To conclude the albums, I happened to have photos of each child with flowers, so I made a page with those and added the saying, “If children were flowers, I’d pick you again and again and again.” 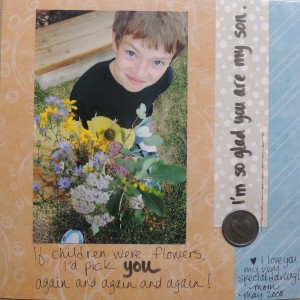 Today, the kids are still in their teens (19 and 16) and I don’t know how much impact the albums have had on their senses of self. What I do know is that the focus we’ve placed as a family on each other’s positive characteristics has helped both of them thrive though the years. To me, that felt like turning tragedy into triumph.

If you’d like any more information on how I made this album or to share ideas of your own, please reply in the comments below.

Materials: I used a ready-to-use scrapbook kit from Creative Memories, but any album will do. In this case, it really is the thought that counts. 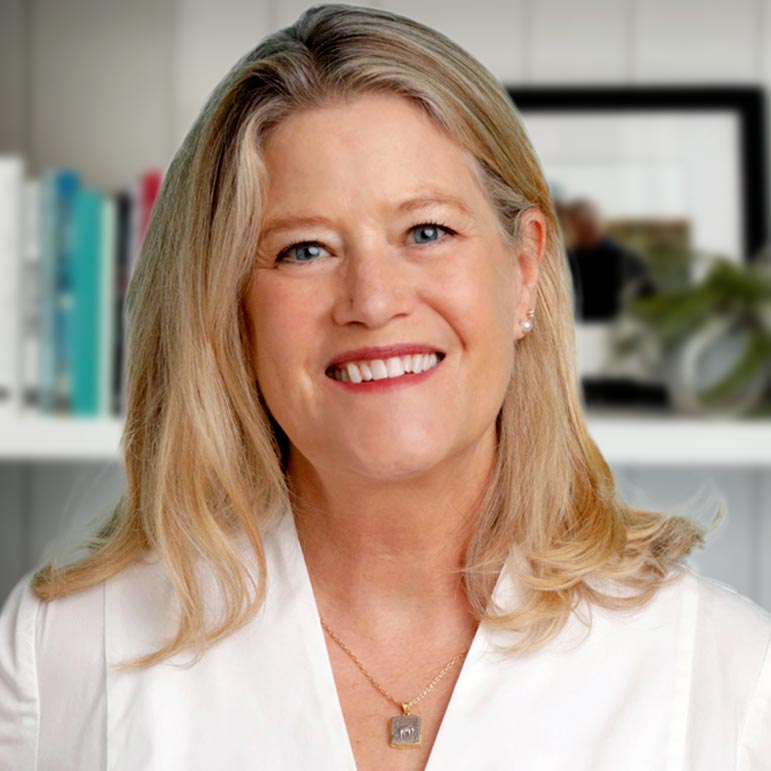 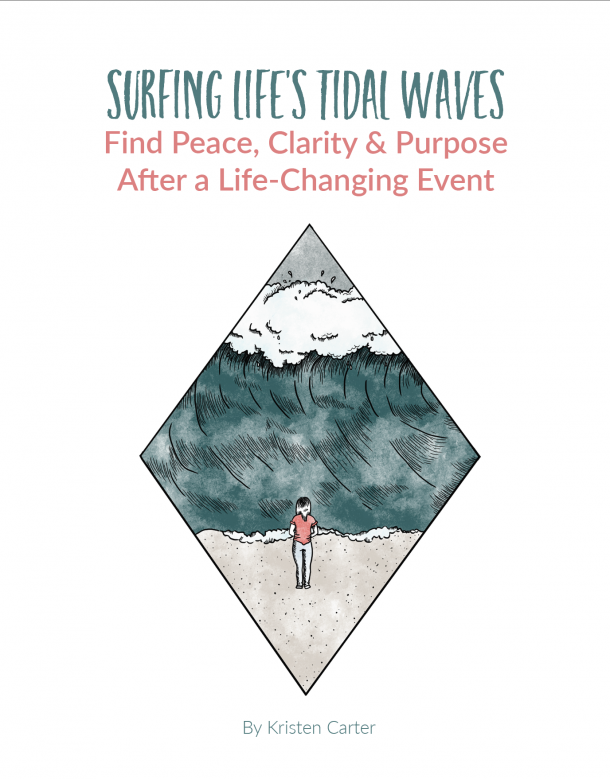 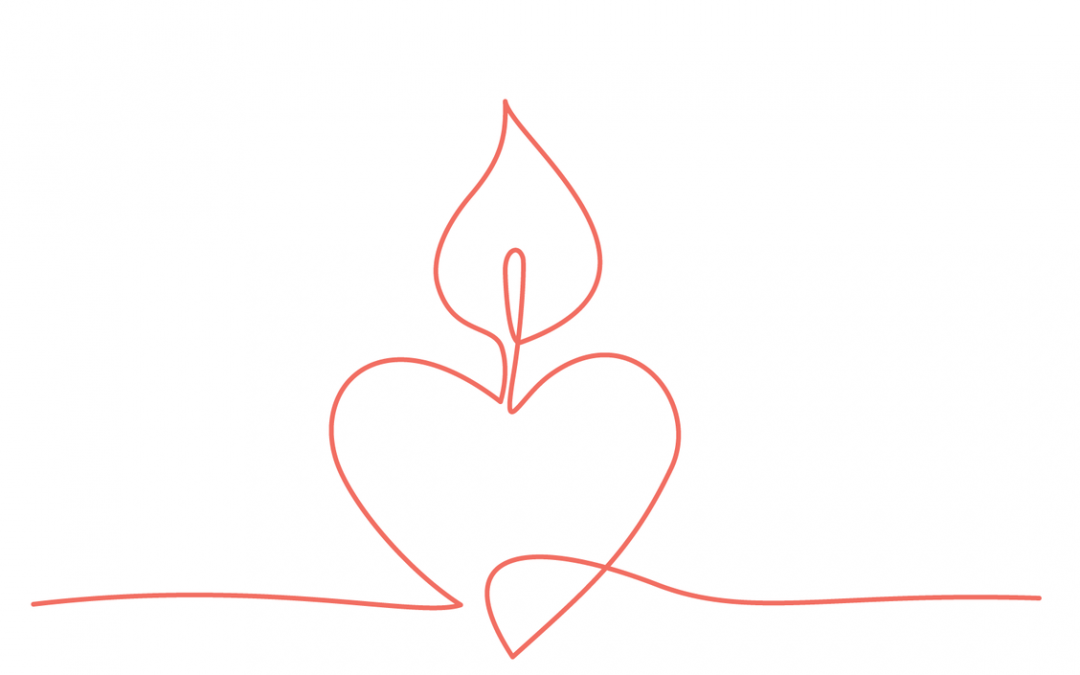 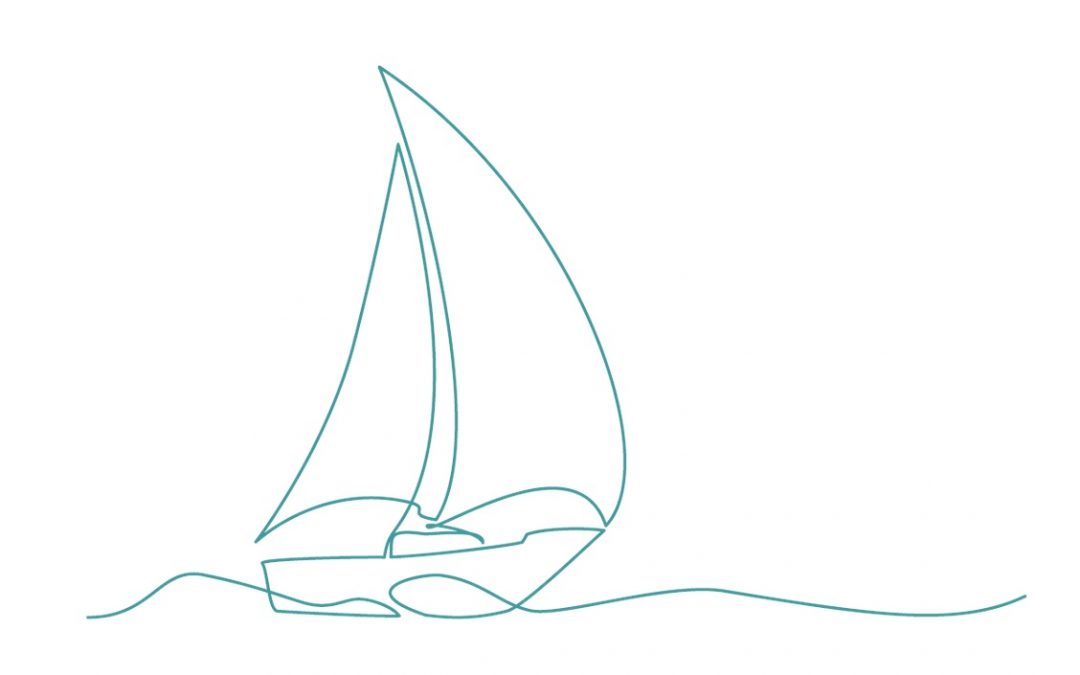 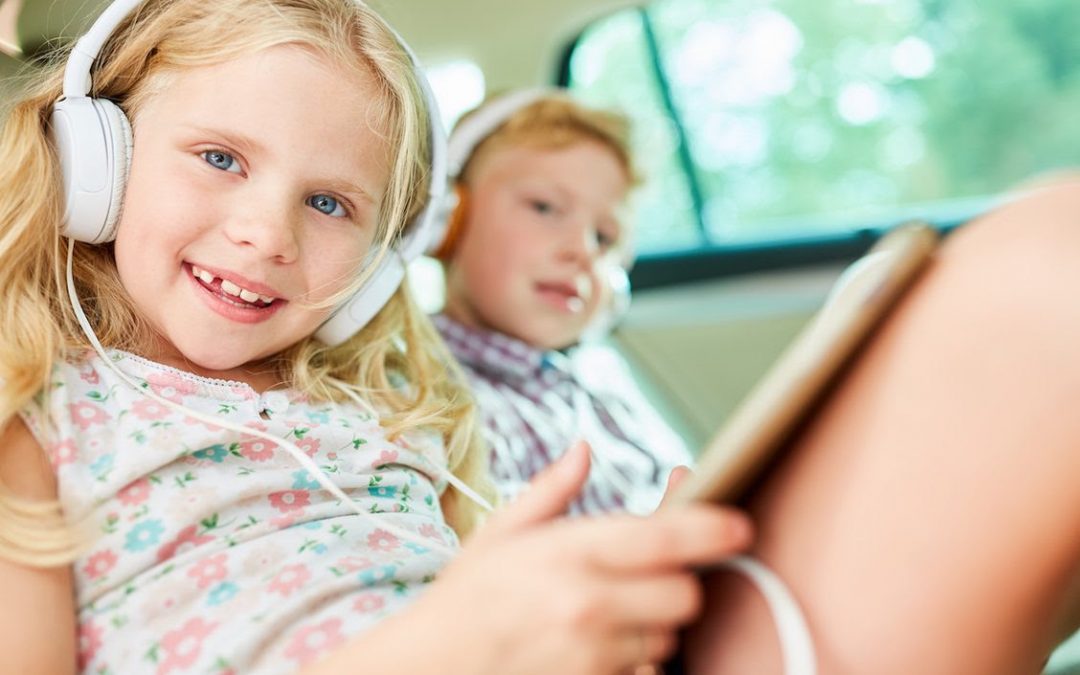 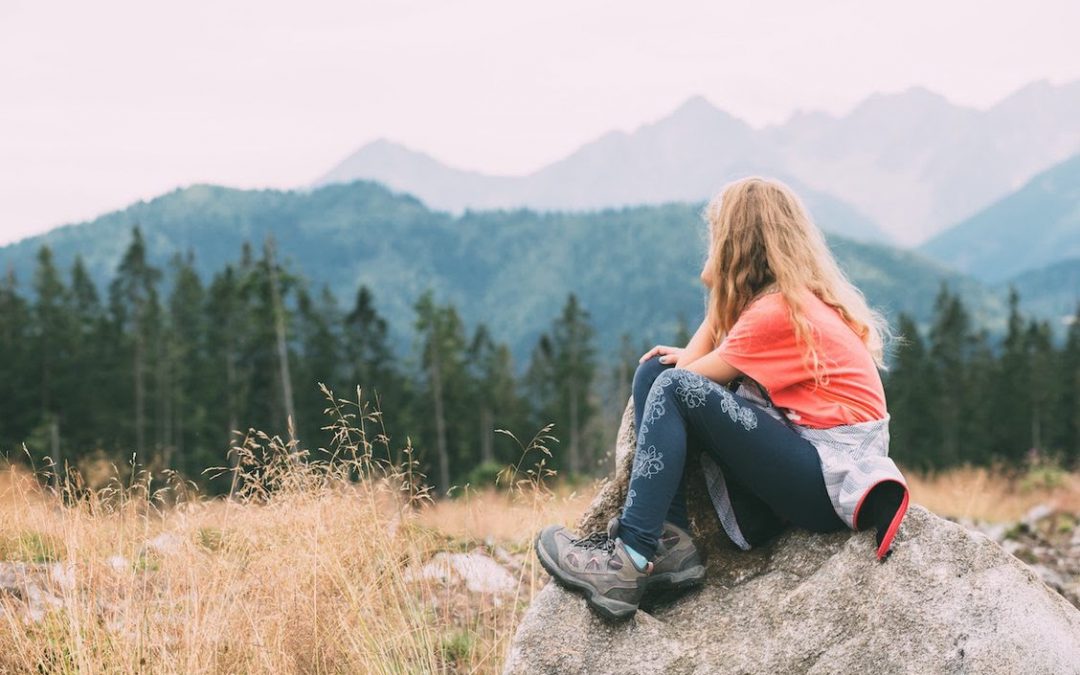 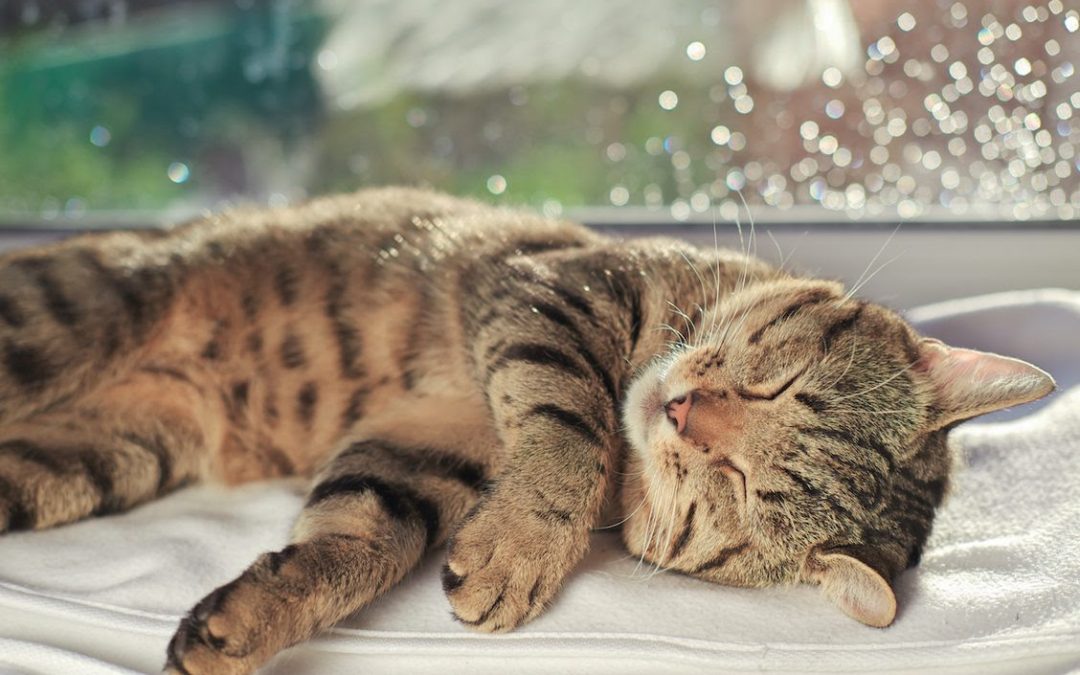